Rafael Rozenson launched his own drinks start-up, Vieve, in 2017. Rafael shares his start-up journey as an LGBT+ business owner. 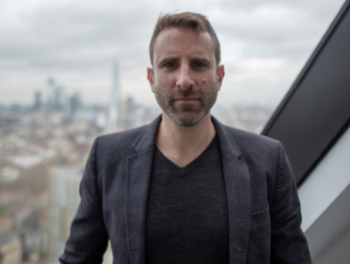 Rafael Rozenson is the Founder and CEO of Vieve Protein Water and an FSB member. Before running his own business, Rafael had a successful career in sales and marketing across a variety of sectors.

I have never been ‘out’ before at work. Never. This wasn’t necessarily a conscious choice as I had spent much of my career freelancing, and not a prolonged time in one place. I had little time for co-workers to get to know my favourite band, let alone my sexual orientation.

This changed when I decided to become an entrepreneur. I had to confront the fact that I had put so much of myself into my business and my brand. It was hard for me not to ‘come out’ again, but this time professionally. The trouble was, why did things feel so different, and why after coming out personally so many years ago did I feel so ashamed about it?

When I launched Vieve, I realised I was up against some very big competitors in the soft drink and sports nutrition markets. I was basically going after the same shelf space as Coca-Cola!

I knew that one of the key challenges was to get awareness early on, so I engaged a PR agency that helped start-ups. I knew there were several angles we could go at from a PR perspective: small upstart brand taking on the big guys, or a new product unlike anything else in the market. There was also our pledge to give back 1 per cent of our profits to Mind, the mental health charity, because I had battled mental health issues all my life. There was one angle that was really obvious, but I hesitated to approach it: gay entrepreneur.

Why so many doubts? Was I worried about turning off a potentially lucrative demographic? Why would I want someone who doesn’t accept me to be buying my brand? Surely I knew the power of using such an angle with the gay press and the potential exposure it would generate?

A couple of months passed and we managed to get coverage in all the gay magazines. While some of the articles mentioned me, none referred to me as a gay entrepreneur, which was intentional. I just didn’t feel comfortable talking about myself and also worried about positioning Vieve as an LGBT brand.

Then the opportunity came up to sponsor and attend the Gay Times Honours. It occurred to me it would be great to post about our brand’s involvement on our social pages. But that would mean coming out. That would mean showing us to be supporting a gay cause. I paused. Why was this so difficult?

I realised the reason it was so difficult was because I felt the same fear of acceptance when I came out almost 20 years ago.

So, do you know what I did? I posted about it. Hell, I shouted about it on every form of social media imaginable, and multiple times over.

I had asked myself, after 20 years, why should I still feel this way? Why should I care? And the answer was I don’t, and I shouldn’t. This actually wasn’t about the business: it was about me. It was about being proud to be who I am, without the fear of non-acceptance from the outside world.

When I started up my brand, I wanted to create a product that empowered other people to be their best and make healthier choices in their lives. Vieve actually comes from the Urban Dictionary and means to be ‘full of life’. Our philosophy as a brand is #GrabLife. I’m glad after all these years I can maybe start to do the same.

Visit our LGBT+ business hub for more stories, interviews and resources for LGBT+ small business owners across the UK.

Visit the hub
Return to listing