Prompt payment is an essential prerequisite for healthy and resilient supply chains. This is critical for smaller suppliers, where cash flow is often managed on tight margins.

FSB welcomed the publication of the Industrial Strategy as a first step to setting out an economic blue print for the UK economy, post-Brexit. In particular, we were pleased to see the Government’s commitment to a further review on how to improve SME competitiveness across all sectors of the UK economy. The recently published Call for Evidence on this subject is very welcome, particularly the explicit recognition that effective relationships in the supply chain are one of the characteristics of high productivity businesses.

However, recent events have shone a light on the pervasive culture of poor payment practice across UK supply chains, in particular the collapse of Carillion. Prompt payment is an essential prerequisite for healthy and resilient supply chains. This is critical for smaller suppliers, where cash flow is often managed on tight margins.

This report looks at the advantages to all actors of good supply chain practice, but also the consequences of poor practice. It makes a number of proposals to Government, including: how to hardwire good supply chain practice into the Industrial Strategy and the Sector Deals; how to improve payment practice; and how to strengthen the UK’s standards regime. Critically, it also shows how supply chains can act as a lever to boost skills and innovation amongst smaller suppliers, enhancing the productivity of the wider business ecosystem. 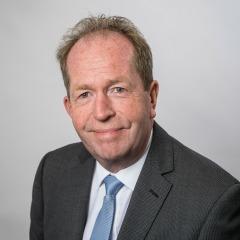 Healthy supply chains, and good supply chain practice in general, can yield significant benefits to smaller suppliers, customers, the wider economy, and society as a whole.

Just as importantly, this report seeks to make the case to the Chairs and CEOs of the UK’s largest businesses – to embrace good supply chain practice, to learn from each other and to lead from the front, with clear accountability at board level. Government should require larger companies (as defined by the Companies Act) to have a named non-executive board director with clear accountability for all supply chain issues.

This report also examines the critical role that Government and the wider public sector can play in promoting best-practice throughout their own substantial supply chains, a win-win for businesses and tax payers alike.

Supply chains can be a powerful lever for wider business and societal reform, from supporting smaller suppliers to export and innovate, to making it easier for smaller firms to take on apprentices. It’s time to take full advantage and give our economy a much needed boost. 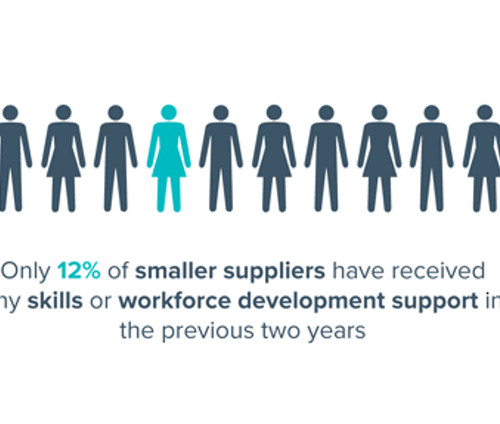 Only 12% of smaller suppliers received skills and workforce support 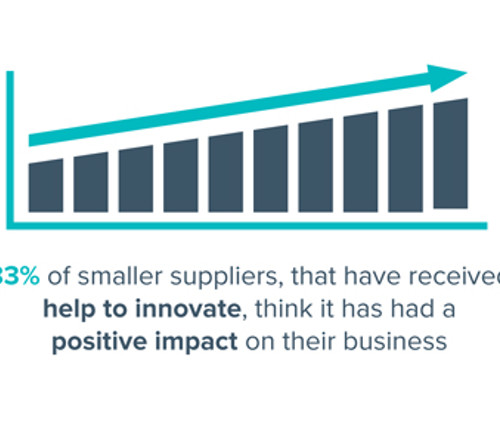 Help with supply chain innovation has a positive impact. 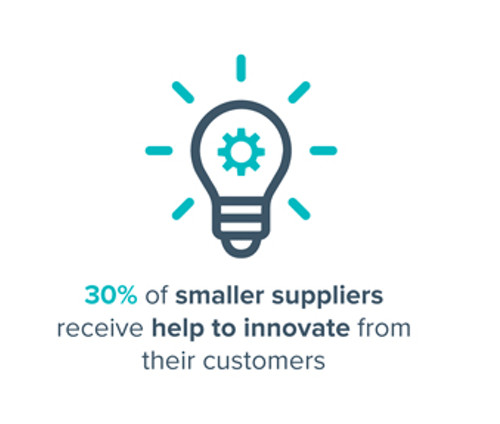 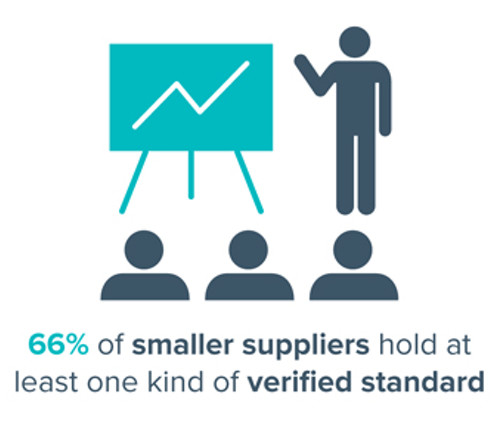 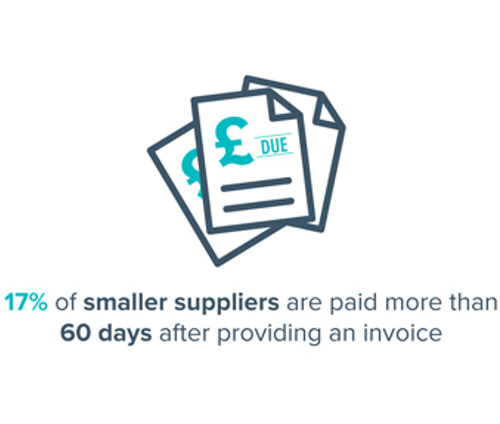 Payment is often more than 60 days after invoice 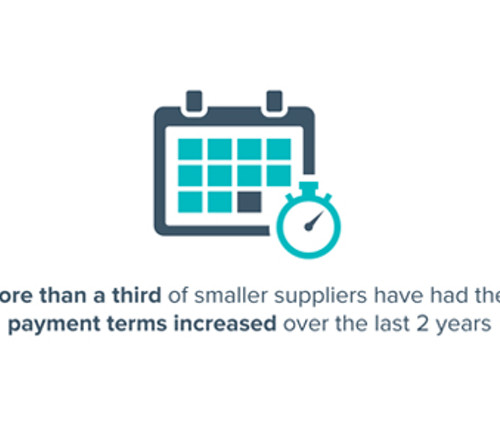 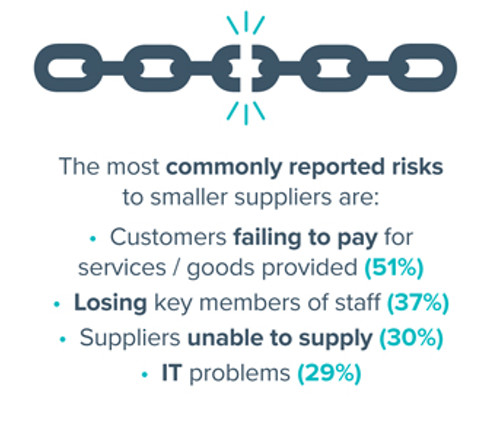 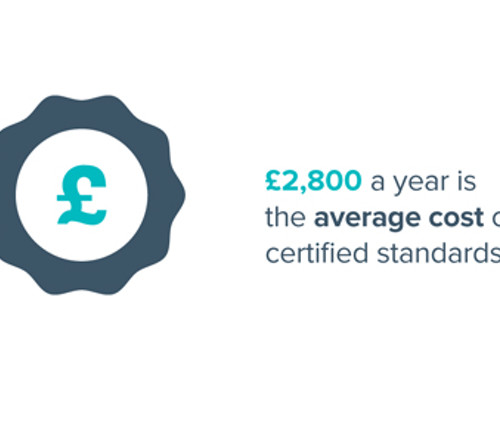 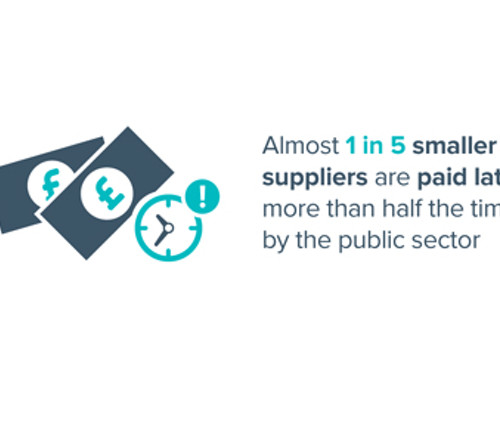 Many small suppliers are paid late

Healthy supply chains are critical for boosting the productivity, resilience, financial strength and efficiency of smaller and larger businesses alike, and economic growth across the UK. However, there is a lack of data and understanding about the factors that influence supplier experiences in business-to-business (B2B) and business-to-government (B2G) markets.

This report shows that in order for policy to be designed to maximise the benefits of healthy supply chains, policy makers must consider the following factors that affect the experience of small UK suppliers: 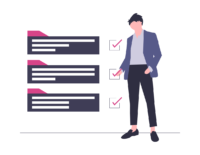 It is widely acknowledged that innovation and skills are drivers of productivity. FSB’s research shows that when help to innovate and develop skills is cascaded down the supply chain, smaller suppliers benefit significantly. This benefits the UK economy as a whole.

FSB research suggests that almost a third (30%) of smaller suppliers receive help to innovate from their business or public sector customers. Of these, the most commonly reported types of support include the sharing of workforce expertise and time (33%), collaboration in design (23%), mentoring and advice (20%), and market research (15%). Of those that have received help to innovate from customers, the vast majority (83%) say it had a positive impact on their business.

Support for skills is less widely reported by smaller suppliers, compared to support for innovation. Only one in ten (12%) small suppliers say their business or public sector customers have provided any skills or workforce development support in the previous two years. Of those that have, the most commonly reported types of support relate to training and skills development (42%), discounted training courses (32%) and access to free resources (27%).

Of those small suppliers that have been offered, and accepted, skills and workforce development support from customers, more than half (55%) say it has improved the skills, knowledge and expertise in their business. This clearly indicates an area on which policy makers can build in the future.

Many larger business customers are well-placed to understand and work with their supply chains to identify and address any skills or operational shortfalls that might threaten to disrupt the service they receive. Larger companies should recognise the mutual benefits of supporting their smaller suppliers, sharing their knowledge and expertise to address skills shortages and boost innovation. This is a win-win scenario, with benefits inevitably flowing back up the supply chain and to the economy as a whole.

Despite some recent improvements, many smaller suppliers continue to face challenges related to late payments, lengthy payment periods of more than 60 days, and other inequitable contract terms forced upon them by their larger business customers. At a time of rising costs associated with operating a business in the UK[2], these additional pressures further increase the risk of running a small firm.

FSB research suggests that a significant minority of smaller businesses (17%) are paid more than 60 days after providing an invoice. This data is remarkably similar to the 16 per cent figure obtained by Government from firms that are required to report their payment practices.3

FSB research has also revealed that payment terms are worsening for smaller suppliers. More than a third (37%) of FSB smaller suppliers say that their payment terms have increased over the last two years, while less than one in twenty (4%) have experienced an improvement in their payment terms. Previous FSB research showed that almost one in five (17%) FSB small businesses said they had experienced supply chain bullying[3] in the previous two years, including retrospective discounting.[4]

In this context, it must be noted that ‘customers failing to pay’ is the top risk for FSB smaller suppliers (see below). Small firms must be empowered to understand and mitigate a broad range of risks, particularly those that threaten the quality of service they provide to their customers. However, a lack of resilience planning by many smaller businesses means that their supply chains remain vulnerable to potentially substantial disruption. This increases the risk of lower productivity growth, higher costs, customer complaints, lost revenue, and reputational damage. The most commonly reported risks to supply chains by FSB smaller suppliers are:

Increasing competition within supply chains, and reducing unnecessary costs, will increase the competitiveness of UK firms and supply chains more generally. Improving the UK’s complex standards regime would provide one of the greatest opportunity areas in this regard. Standards are too often designed ineffectively in ways that damage small businesses and fail to meet stated objectives.

FSB research suggest that two thirds (66%) of smaller suppliers hold at least one kind of verified standard, e.g. a quality management standard like ISO9001 (see ANNEX 2). On average, smaller businesses hold four separate certified standards, with that number increasing with the size of business. There is also a sectoral variation, with businesses in the construction sector holding more standards on average than those in others sectors like manufacturing and wholesale/retail. Across all sectors, the average cost of these standards for smaller suppliers is more than £2,800 a year.

Most (75%) smaller suppliers hold standards simply because they are required to by their customers or insurance companies. However, certified standards can bring benefits to some smaller businesses. Of those that do hold standards, around two fifths believe they help to differentiate themselves from competitors (43%) or help to improve the quality of their service or products (39%). Previous FSB research showed that the majority (70%) of small businesses recognise areas where some regulation, including certified standards and products standards, can have a positive impact.[5]

However, it is also clear that standards currently do not fulfil their potential and can create net costs to smaller businesses. This is usually due to their complexity, the time and costs required (often involving consultants), or their lack of interoperability, despite many standards covering the same areas.

Government and the standards industry must take action to reduce unnecessary costs to UK businesses and help ensure that smaller suppliers have a standards regime that enables them to play their full role in increasing productivity, employment and consumer benefit. This includes the removal of duplication within many standards requirements.

Government has an opportunity to lead by example on supply chain best practice, in relation to both the proportion of smaller suppliers with which it directly and indirectly contracts, and in the way it treats these businesses. However, the public sector is yet to set itself apart in this regard, and must do more to widen its use of smaller suppliers if it is to achieve its target of 33 per cent of public procurement with smaller businesses by 2022.

However, FSB data on late payments suggests that the public sector subsequently struggles to honour these terms. Almost one in five (17%) smaller suppliers to the public sector say they are paid late more than half the time (compared to 14% population average).

[3] For example, large firms using the disparity of power in business relationships to squeeze their suppliers, delaying payments to improve their own cash flow

There are many existing initiatives in place to tackle poor payment practice, ranging from the newly appointed Small Business Commissioner (SBC), the Duty to Report, the Prompt Payment Code, public contract regulations, the Crown Commercial Services Mystery Shopper scheme, the Groceries Codes Adjudicator, and the Pubs Code Adjudicator. However, more needs to be done.

A more joined up approach The UK Government should:

The Small Business Commissioner (SBC) should:

Remain focused on tackling poor payment practice and supply chain bullying. The Commissioner should use their ‘name and shame’ powers to maximum effect, focusing on the most serious instances of supply chain bullying, as well as highlighting areas of good practice. FSB successfully lobbied for the creation of a Small Business Commissioner in 2015, and supported the appointment in October 2017.

•  The Small Business Commissioner (SBC) could develop a hub for small businesses through which they can access training in key aspects of commercial relationship management, negotiation and contracting.

FSB welcomes the UK Government’s recent commitments to improve transparency around company director obligations towards stakeholders, as set out under section 172 of the Companies Act (2006). We support the work carried out by the Financial Reporting Council (FRC) in this regard.

However, FSB does not believe current proposals go far enough.

The Industrial Strategy must address the full spectrum of supplier experiences. These suppliers include the self-employed, microbusinesses, small and mid-sized businesses; those that sell to different geographic markets; those in different sectors; and those at different stages of their lifecycle, including both start-ups and long-established businesses.

Government must commit to a thorough review of the UK’s standards regime in order to drive efficiency in UK based supply chain activity.

The Competitions and Markets Authority should:

In regard to its own supply chains, Government has a responsibility to ensure it is taking an efficient and best-practice approach, particularly with regard to the treatment of smaller businesses in its own supply chain. FSB recognises that public procurement is devolved to the Scottish Government, Welsh Government and Northern Ireland Executive, respectively. Therefore, the mechanisms for implementing these recommendations should reflect the unique structures and processes of those devolved administrations. 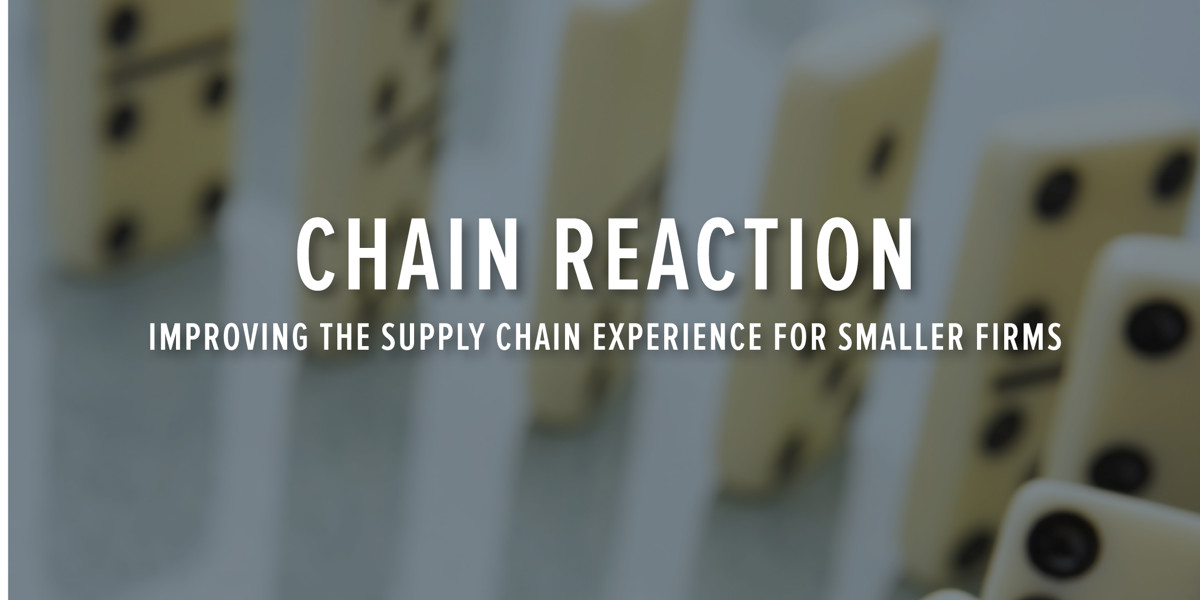 FSB calls on MLAs to step up to salvage Christmas