It can be difficult to keep up in a sector with tight restrictions and complicated regulations. We're here to help.

The importance of the childcare sector cannot be underestimated. Across the sector, individuals and organisations provide early years education and development. Not only is this a direct investment in our children's future, but also a key factor in allowing parents to work - benefitting families, businesses and the wider ecenomy as a whole.

We undertook research in this sector, publishing the results in our report "Handle with Care: The challenges facing small business childcare providers". Our research shows that many of our members running nurseries, pre-schools and childminding businesses are feeling the pressure as a result of the rising costs of doing business combined with significant recent changes in Government policy. In particular, the introduction of 30 hours' free childcare for an estimated 390,000 eligible families in England.

What are the problems?

Across the UK, our members in the childcare sector have laid out the problems, including the spiraling cost of being in business, challenges in training staff and difficulties navigating complicated systems and legislation.

The rising cost of doing business

We have to meet so many requirements to be childcare providers…on top of this, our utility bills have almost doubled and pensions and the rising minimum wage is having a significant impact

Rising business costs, including utilities, rent, business rates and staffing, are a siginificant challenge facing the sector. The Scottish Government introduced a 100 per cent relief for childcare nurseries in 2017/18, we believe the UK Government should follow suit and create a new 100 per cent business rate relief for childcare providers in England, with central government fully funding the costs of any childcare provider relief and for local councils to be fully reimbursed.

Everything is going up – wages, bills, business rates – but funding is going down…I have a shortfall of £1.56 per child on 30 hours, per hour.

“Cost is the biggest challenge to providing training. We do provide funding support to the training but staff do have to contribute something towards it. Support with Level 3 training is the only support we can fully pay for.”

The rising cost of training, alongside difficulties accessing content and decreasing support from Local Authorities, creates barriers for training staff. We believe the Government should reduce the cost of mandatory training required by childcare professionals and ensure it is flexible to limit the impact on the business and its provision. We also recommend that the Government should urge local authorities to review their training offer to small childcare providers, particularly for those delivering the 30 hours free, requiring that they find and facilitate access to free mandatory training courses (such as paediatric first aid or safeguarding training) at a minimum level for a site or childminder.

Flexibility and transparency of entitlement

“I have two single parents that this affects who are entitled to the 30 hours and for them to make work pay for them, to be financially better off, it’s better for them to do their three long 12 hours shifts. But, they cannot access the childcare, be it 30 hours or other, because there is a limit to how long a child can be in a setting for, and how many hours they can claim in the day.”

Complicated conditions around the 30 hours childcare lead to some parents being unable to access the offer. We believe that the Government should consult with childcare providers and sector representatives on the current rules around entitlement to explore where greater flexibility that benefits both parents and providers might be possible. Evidence from our provider interviews suggests that the 30 hours free entitlement is at risk of not being as responsive as it could be to the needs of all working parents, such as those who may be working shift patterns. Parents that require more flexible childcare cannot benefit from ‘free’ entitlement for those hours that are out of scope, and providers cannot offer this care. The Government should also provide clearer information for parents on the Childcare Choices website on 30 hours free and different charging models that providers may use, in order to uphold the reputation of the sector and improve transparency of the policy.

“The government and the local authority think they have done well to set up a provider portal, but all they have done is move the expense and the burden onto providers. There is a lot more we have to input and work out and maintain records. It is not great.”

Not all barriers are financial. Excessive paperwork, red tape and administrative errors all make offering the 30 hours free childcare more difficult. We believe HMRC should improve the usability of the childcare service website and the customer service support available to parents to register for childcare entitlements. Small childcare providers that are already struggling to manage the shortfall in funding for the 30 hours' free entitlement, are also having to invest their own time, and that of their staff, in supporting parents to navigate the Government Gateway childcare service website and register them for their childcare entitlements.

Our work across the UK

What we're asking for

In our Back to Business General Election Manifesto, we recommended that the Government:

In Wales, the childcare sector has been part of a much broader discussion under the banner of the ‘Foundational Economy’. At its simplest, the foundational economy is those sectors that aren’t typically included in conversations around economic development but that are crucial to day-to-day life. For instance, childcare, social care, housing and food are all sectors that are made up of many diverse SMEs but that often are ignored by policy makers.

FSB Wales has been leading the charge on these sectors. Firstly, we commissioned a report from the Centre for Research on Socio-Cultural Change (CRESC) at the University of Manchester called What Wales Could Be? This report highlighted the vital role SMEs play in the ‘foundational’ sectors such as childcare and called for their inclusion in broader economic development policy. This formed a core part of our campaign at the 2016 National Assembly election and subsequently the foundational economy has been adopted as a key pillar in Welsh Government’s economic strategy; the Economic Action Plan.

In relation to the childcare sector specifically, FSB Wales has successfully campaigned for an extension of business rate relief to the sector in order to make a success of Welsh Government’s new childcare offer of 30 free hours per week for 48 weeks of the year for 3 and 4 year olds. This amounted to relief worth in total £7.5m over a three year period and those premises involved will receive 100% rate relief.

Throughout the country, nurseries and childminders provide an essential service to local communities and economies – and many are operated by dedicated small business owners.

But running a nursery isn’t easy. The public sector provides stiff competition and overheads can be high in what is, rightly, a tightly regulated sector. That is why FSB provides essential, practical help for busy businesses in the sector – whether it’s our expert employment advice line, or our policy campaigns team in Scotland securing a three-year business rates relief package. Over the next year FSB will be campaigning to ensure that day nurseries continue to benefit from the relief which provides day nurseries with a 100% discount on their rates bill.

Northern Ireland remains the only area of the UK where provision of Childcare is not underpinned by a corresponding strategy.  The proportionate amount of the investment in Northern Ireland is around half that of other UK nations, leading to increased costs for parents and childcare providers that have struggled to remain in operation. Official statistics show the number of providers decreasing overall by around 30% since 2013.

After three years of no Government, the Northern Ireland Assembly returned in January 2020. The Ministerial Executive is underpinned by ‘New Decade New Approach' - a political agreement with commitments across major areas of public spend. With cross-party support, it has been agreed that a Childcare Strategy will be published, but with no time frame attached.

Since 2018, FSB NI has engaged extensively with members who provide childcare services, small businesses and decision makers across the UK.
The landscape is complex, regulations are more stringent than elsewhere and responsibility for ‘Childcare’ falls across multiple government departments. Our focus is on ensuring that childcare providers have a voice and remain sustainable, while also helping parents (primarily women) enter or re-enter the workplace, or to start a business if they choose.

Our short-term asks are:

Our experts at FSB Insurance Services go through the insurance basics for your business.

Just getting started? Our guide to risk assessment will take youu through the basics of how, when and why.

How FSB membership can help

With a range of benefits covering legal issues, employment matters and health and safety regulation we can lend a helping hand behind the scenes. 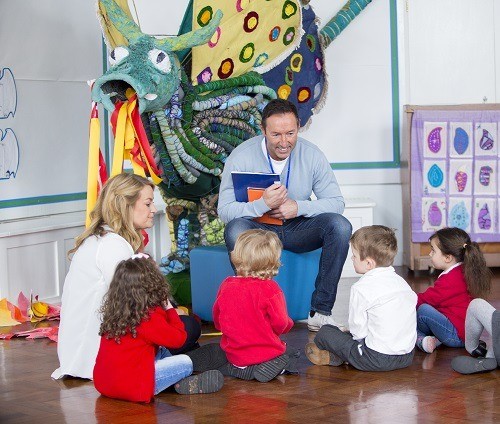 Our legal hub contains on demand templates including employment contracts, business policy documents, employee performance forms and more, all ready to download and customise at a time convenient to you. Got a question about managing your staff? Our employment law advice service is here to make your life easier with important information and guidance on employment legislation in the UK as well as support in the event you are taken to a tribunal.

Managing your Health and Safety

Guidance and templates to ensure that your health and safety training is relevant, up to date, and recorded for both your premises and your staff. 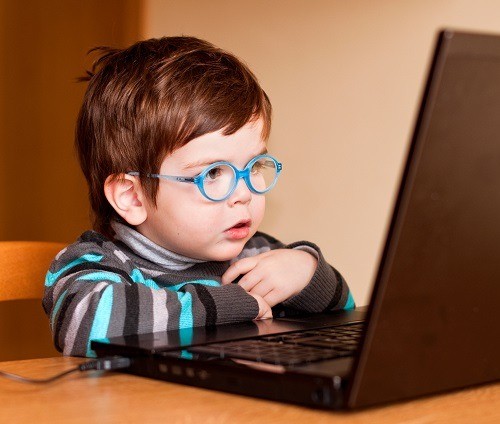 Browse our online catalogue of Health and Safety training courses covering the basics you need to keep your staff and charges safe in your establishment. Got a specific question? Our helpline has the answer and our online hub has the record sheets you need to keep things shipshape.

Navigating the rules and regulations relating to being in business can be complex and time consuming. Our legal helpline is open 24 hours a day to answer your queries and our online hub has up to date downloadable guides for you to download and keep.

Caring for yourself as well as others

It can be easy to neglect yourself when your days are spent caring for others. If the worst should happen and you become unwell with a serious physical or mental health condition, we offer free access to a personal nurse adviser, an experienced Registered Mental or General Nurse to help support you.

From start-up to scale up, we’re here to help you on your business journey. Learn everything you need to know about starting a business, including business law basics, finance fundamentals and how to secure your first sale.