Our panel of insurance experts discussed the legal and practical implications of the recent Supreme Court judgment for the small business community.

Please note that this information was correct as of 4 February 2021 when this webinar took place. This is not a substitute for legal advice. FSB members should contact FSB Insurance Service or the 24/7 legal advice line with any questions.

For the latest information on the FCA BI test case, check FSB Insurance Service’s guidance, which will be regularly updated. Read more about how to check if your insurance covers coronavirus.

You can watch a recording of the webinar here, or see below for a summary.

What is business interruption insurance?

Business interruption insurance was originally designed, and still mainly applied, in respect of financial losses from material damage. It’s vital to have as a business owner. “If you have a big fire or flood, or a huge amount of stock stolen, and it’s covered by your insurance, then the business interruption section of your policy is designed to deal with the reduction in income or profits following a major incident,” said David Perry, FSB Insurance Service.

Over the years, insurers have added to this clause to provide extra cover in sectors like retail or hospitality, for example, if they were closed temporarily for a deep clean, and policy wording has extended over time.

With these changes, insurers have inadvertently extended wording and a number of businesses have been in a situation where inadvertently they’ve got cover. This led to disputes when the spread of COVID-19 resulted in lockdowns, with some insurers saying they didn’t mean to give the cover.

How was the decision reached by the courts?

In May 2020, the FCA announced it would launch a Test Case under the Financial Markets Test Case Scheme.

“It’s a scheme that enables the FCA as a regulator to bring claims where there’s a general market interest,” said Adam Edwards, Freeths LLP Partner Head of Financial Service Regulations. “The idea here was that the FCA would advocate on behalf of policyholders and present that case. For businesses who couldn’t afford the cost and risk themselves, they could put the case forward on their behalf. The FCA engaged with numerous insurers and selected eight insurers to sample 21 policy wordings.”

The court was looking at three different categories of extension of cover that would be triggered even if there was no property damage: disease clauses, prevention of access clauses and hybrid clauses.

At the High Court, the FCA had a positive ruling with regards to the disease extension. The policies under consideration didn’t include specified illness wordings. These are wordings where there is a list of known illnesses that are covered.

Denial of access is where your business has to close due to a local authority as a result of an incident or emergency within the vicinity. Insurers argued that the intention of these clauses is to provide localised cover, for example, a burst water main that closes your street for a week. The High Court accepted this argument and the FCA chose not to appeal this decision.

What were the outcomes of the Supreme Court judgement?

But, if you have a highly specified diseases wording in your policy, you’re unlikely to have any benefit from the judgement.

If you’re unsure, FSB members can get in touch with FSB Insurance Service to speak to an expert.

How has this ruling affected small businesses?

“I looked to make a claim for my business and I was told that the claim wasn’t valid. When I looked at the wording, I thought, the average person would understand that they were covered, so this isn’t quite right,” said Gary Lovatt, FSB Director. “At FSB, we got together and decided to approach the FCA with case studies, who then took it to court. We were representing all small businesses, and unfortunately, not all policyholders are going to be covered, but it’s still a substantial number. We believe 370,000 policies will be covered. It shows just what FSB can do.”

“The judgement doesn’t cover all disputes, but it does allow small businesses to make claims where they can and resolve technical disputes,” said Damilola Ojuri, FSB Senior Policy Advisor. “It also doesn’t dictate the amount that can be paid.”

Can a claim be made if my turnover is down due to COVID-19 but my business didn’t have to close?

David Perry: One of the problems we have is that all policy wordings are different. Some wordings will have tight limitations, whereas others will provide cover in respect of the full amount. There could be issues with a claim in this case, although partial closure is an improvement on the situation. However, the vast majority of policy wordings will relate to your premises being closed or use being impeded.

Does the judgement only affect insurers who were involved in the case?

Damilola Ojuri: It doesn’t. The case legally binds those insurers, but it counts as strong guidance for other insurers. This is important because if you were to take your case to court, they would rely on that judgement.

David Perry: The FCA have produced a checker which talks about the types of policies that may or may not be impacted. It includes the list of policies that weren’t included in the Test Case.

Do insurers have an obligation to revisit claims that have previously been rejected?

Adam Edwards: Potentially. If you’ve made a claim and it’s under a policy affected by the judgement, then the FCA has said to insurers they expect them to go back and revisit claims. But, if you made a claim and you managed to get a settlement, you can’t revisit it in light of the more favourable decision. Provided it was made clear to you that the Supreme Court judgement could change things, you can’t reopen those settlements.

Damilola Ojuri: No. Mandatory partial and full closures are covered.

Adam Edwards: It’s worth noting that in terms of notifiable diseases clauses, they don’t necessarily require a closure. If you saw a massive downturn in business and decided it was uneconomic to keep open, most of the loss that can be demonstrated as due to the downturn might be covered. It’s important to look at your precise wording.

Is there a period of time to make a claim under my insurance policy?

David Perry: Ordinarily you would need to make a claim within a reasonable time, but in circumstances where your situation has changed due to this judgement, insurers are being encouraged to be as helpful as they possibly can. If you now feel you are in a position to make a claim, get your claim in an as soon as possible.

Can I make a retrospective claim with my former insurer having now moved to another insurer?

David Perry: In current circumstances, especially where you were under the impression there was no cover, the insurer would be encouraged to consider the claim.

Adam Edwards: Most policies operate on an occurrence basis, so you don’t have to make the claim within the policy period, but normally within a reasonable or specified time of the loss. The FCA has told insurers not to include the time that the case was going through the courts.

How quickly can businesses expect insurers to process claims?

Gary Lovatt: At FSB, we’re asking insurers to do this as quickly as possible and provide interim payments where possible. 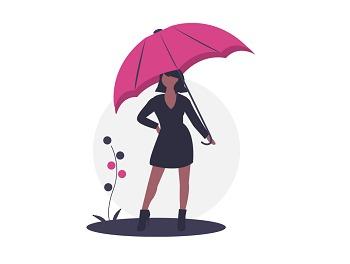 Hassle free - a dedicated team removes the hard work of searching for insurance, we work as a broker to find you a policy for your circumstances.

Post-lockdown anxieties: How to look after your mental health