Confused by carbon jargon? From carbon neutrality to net zero, learn what the sustainability buzzwords mean for your small business.

As momentum builds around tackling the climate emergency, so does the jargon used when talking about sustainability, climate change and the Race to Zero.

We’ve defined some of the common terms you might encounter on your eco-friendly journey and what they mean for the bigger picture.

In November 2021, the UK will host the 26th conference in Glasgow, known as COP26. It was postponed in 2020 due to the coronavirus pandemic. World leaders and scientists will discuss action towards the goals of the Paris Agreement and work together to share knowledge and progress.

This is a legally binding treaty that countries across the world adopted at COP21 in Paris. 196 countries signed the agreement, including the UK, as part of a commitment to take action towards reducing the harmful effects of climate change. The central goal is to limit global warming to 1.5 degrees Celsius compared to pre-industrial temperatures.

As part of the agreement, countries submit their plans for climate action every five years, known as NDCs. With COP26 postponed, 2021 will be the first conference of this cycle.

Nationally Determined Contributions (NDCs) are the actions that countries will take to reduce greenhouse gas emissions to reach the agreed goals. They also relate to how a country is building resilience to adapt to the impacts of climate change.

Carbon neutrality is all about balance. A carbon neutral business cancels out the carbon emissions they produce, typically through carbon offsetting. Crucially, this doesn’t always mean that a business is reducing emissions. Emissions are offset through various reduction initiatives like supporting renewable energy solutions or planting trees.

Net zero is often used interchangeably with carbon neutral, but there is a difference. Working towards net zero emissions goes beyond balancing out the emissions being produced. It also involves taking action towards reducing the greenhouse gases emitted in the first place to zero (compared to 1990 levels). The UK is working towards reaching net zero by 2050.

Your carbon footprint is the measure of the total greenhouse gas emissions because of your business’ actions and activities. It estimates the overall emission of carbon dioxide, methane and other greenhouse gases, for example when you’re making a new product or in the day-to-day running of your company.

Science-based targets calculate how much and how quickly businesses need to reduce emissions to prevent the effects of climate change and meet the UK’s goal of net zero.

From planting trees to investing in renewable energy solutions, carbon offsetting is used to counter the carbon emissions we produce. For instance, companies might commit to planting a tree for every 10 orders.

A carbon credit is permission to emit carbon dioxide or other greenhouse gases, with one credit equalling one tonne. It was introduced with the aim to regulate and cap carbon emissions, especially of those who are the highest polluters, and the amount available will decrease over time. Companies can be fined for exceeding the cap and can make money by saving and reselling their allowance to others.

As part of plans for net zero, the Government has announced that the UK’s new carbon trading scheme, which follows leaving the EU, will launch in May 2021.

Greenhouse gases like carbon dioxide (CO2), methane (CH4) and nitrous oxide (N2O) trap heat in the Earth’s atmosphere and contribute to global warming, also known as the greenhouse effect. As part of action to tackle climate change, the UK has committed to halving GHG emissions by 2030.

Race to Zero is a global campaign aimed at encouraging leadership and building momentum around the net zero target ahead of COP26. Countries and businesses are uniting in meeting goals and the net zero commitment. 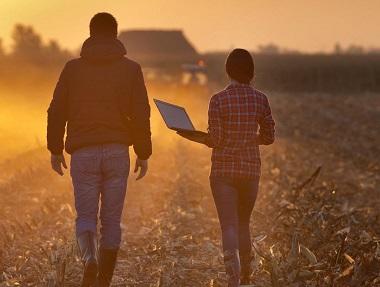 The race to a net zero carbon economy by 2050 has begun, we’re making sure small businesses aren’t left out of the big picture.

A Menu For Recovery