It doesn’t matter if you are an employee, a small business owner or self-employed, everyone deserves to be paid on time.

A winning campaign What are we asking for? What we achieved Support our campaign

Poor payment practice is an epidemic plaguing far too many small businesses in the UK. The damaging impact of such practices was brutally exposed after the collapse of Carillion. Unreasonable payment terms, supply chain bullying and late payments are just some of the ways that some big businesses use their dominant position to squeeze suppliers.

Sadly, many small firms do not survive the crippling impact of this behaviour.

The Government has been proactive in attempting to stamp out the worst kind of poor payment practices but more must be done and it must be done now. We need stronger action to send a clear message that paying late and supply chain bullying are not okay.

Our three point plan hopes to achieve fair pay and fair play for small businesses and the self-employed. The reforms we are calling for are not be the silver bullet that will end poor payment practices tomorrow but they will certainly go a long way to stamping it out.

And the winner is.... FSB scoops the Trade Body Campaign of the Year award at #PRCA2019 for our campaigning on late payments #FairPayFairPlay #winning pic.twitter.com/EKIiPENbEy 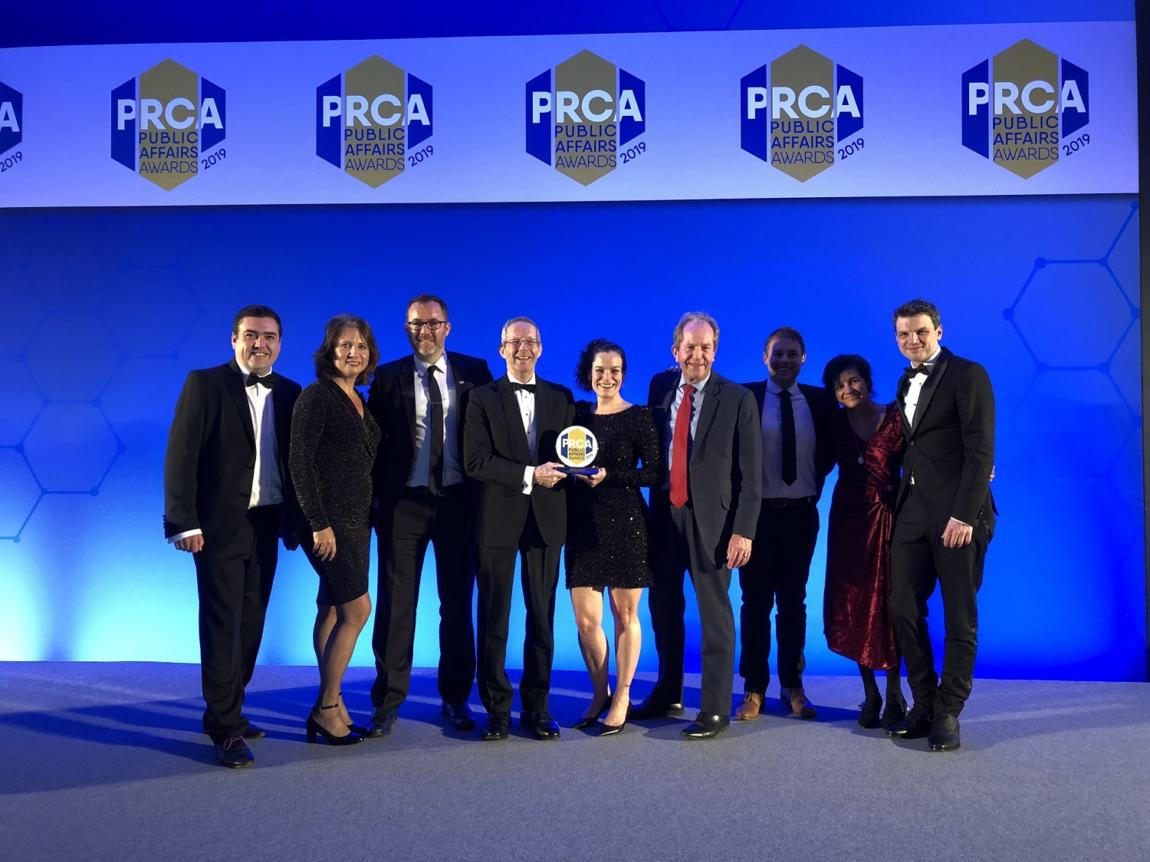 FSB scooped the award for Trade Body Campaign of the Year at the recent PRCA Public Affairs Awards with our Fair Pay, Fair Play Campaign. The judges admired our “cross-party, evidence-based” campaign to tackle late payments, which engaged grassroots members.

Scroll down to find out what we acheived with our campaign.

We have a three point plan that we think will make a big difference in the fight to tackle poor payment practices. 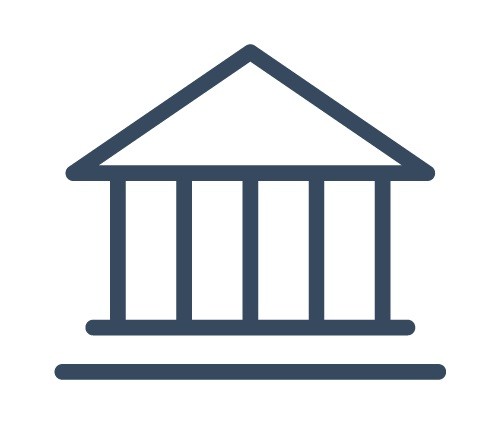 Project Bank Accounts should be adopted as the truly default choice for major procurement projects, with proper parliamentary oversight to ensure accountability. For any major construction project, a ministerial statement should be made to Parliament if project bank accounts are not used. 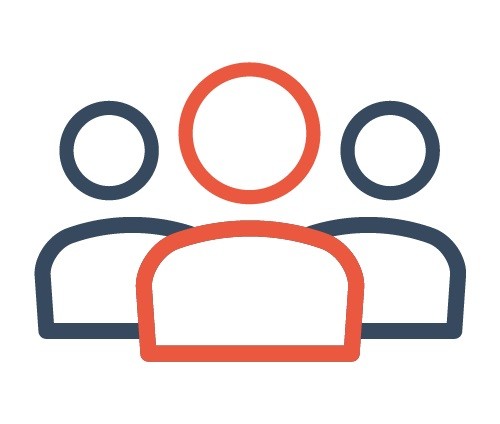 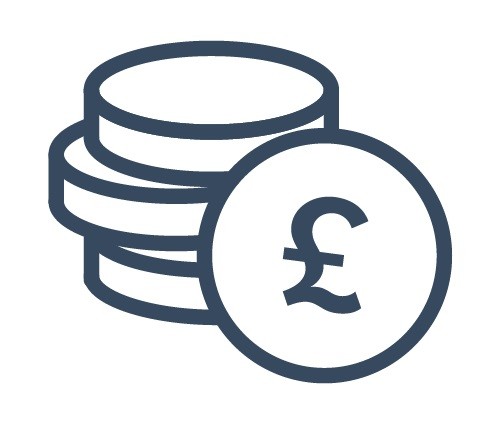 Our campaign led to:

March 2019: the Chancellor’s Spring Statement Commons Speech announced our Audit Committee recommendation as the first step to a late package reform package. He congratulated “FSB in particular on its tireless campaign on the issue.”

June 2019: BEIS press released the full reform package with an FSB quote, confirming our Audit Committee recommendation and our second reform - of the Prompt Payment Code. She offered “great thanks to the Federation of Small Businesses and its Fair Pay campaign, which has campaigned so hard for movement from Government”.

23 May 2019: The Chancellor gave the keynote address at FSB’s UK Awards final, focusing on late payments and how proud he was to have worked with us.

18 July 2019: The Chancellor hosted an FSB roundtable of members at No.11 Downing Street to cement the reforms.

September 2019: Under the new Government, No.10 worked with us as the Cabinet Office announced it would implement our third reform. Every strategic supplier to Govt must pay 95% of invoices in 60 days or be struck off winning public contracts.

We’re asking people to support our campaign by posting a 15-30 second video telling us why it’s such an important issue to you and why you're backing our campaign.

Don't want to record a video? No problem, take a selfie instead and post your photo and explaining why you're supporting the campaign.

Don’t forget to use the hashtag #FairPayFairPlay and include FSB’s handle @fsb_policy so we can share your posts.

Camera Shy? Download our campaign collateral to the right and share on social media to let people know you're supporting our campaign. 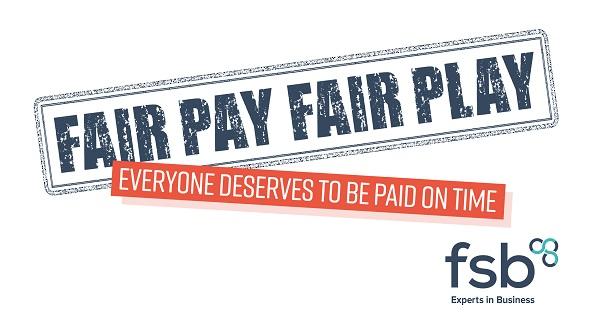 Hear from our FSB members, they're in - are you? #FairPayFairPlay

Proud supporter of the FSB’s campaign to help small businesses like mine get paid on time, every time! #FairPayFairPlay ⁦@fsb_policy⁩ pic.twitter.com/Jhk7DLrmM6

I'm backing @fsb_policy's #FairPayFairPlay campaign, because everyone deserves to be paid on time.

Visit the campaign hub to read more about this: https://t.co/QJFhL7NXO2 pic.twitter.com/Stn4gnqTzb

Kicking the week off supporting @fsb_policy #FairPayFairPlay campaign. We pay our suppliers on time & expect the same in return. Late payments by any company of any size is no longer acceptable #Business pic.twitter.com/qPxDM8IVCx

If you're already facing problems with late payments, the resources below can help.

Small fish to big fish: company that pivoted to direct to customer door in lockdown is awarded FSB UK Small Business of the Year 2022

How your small business can deal with late payments

Sadly, late payments can be a big issue for small businesses, but there are steps you can take to deal with them and mitigate the effects.

From start-up to scale up, we’re here to help you on your business journey. Learn everything you need to know about starting a business, including business law basics, finance fundamentals and how to secure your first sale.