What does the recent ruling on 'sleep-in' hours mean for employers in the care sector? Hannah Thomas of FSB Employment Protection explains.

The Supreme Court delivered its much-anticipated judgment on 19 March 2021 in the case of Tomlinson-Blake v Mencap. Hannah Thomas, employment solicitor at FSB Employment Protection, explains what happened and what you do as a care provider.

In this long running case, the Supreme Court was required to consider whether ‘sleep-in time’ should be classified as working time for the purposes of National Minimum Wage regulations and therefore require each hour spent on a sleep-in shift whether awake or asleep to be paid at the National Minimum Wage rate.

What was the ruling?

The Supreme Court has determined that if a worker is actually called on to respond to someone's care needs (or any other duties) when on a shift, then that time will count as 'time work' and be subject to the National Minimum Wage i.e. only the time that they are actually awake and working, rather than when sleeping on shift.

The Claimant in the case (Claire Tomlinson-Blake) was a care worker employed by Mencap to support vulnerable adults with severe learning disabilities to live as independently as possible in their privately-owned home. She worked overnight ‘sleep-ins’ for which she was paid a flat rate of £29.05 for an 8-hour shift. The Employment Tribunal and Employment Appeal Tribunal decided that she was ‘working’ for the purposes of the purpose of the National Minimum Wage legislation and this meant she had been underpaid because all her ‘sleep-in’ hours should have counted as time work for national minimum wage purposes. The Court of Appeal overturned this decision and decided she was not entitled to the National Minimum Wage for all time spent on ‘sleep-in’ shifts. The Claimant appealed, but the Supreme Court dismissed the appeal.

Mencap has stated that they contested this case because of the devastating unfunded back pay liabilities facing providers across the sector, which was estimated at £400 million. Mencap went on to state that “Sleep-ins are a statutory care service which should be funded by Local Authorities, and ultimately Government. It is no exaggeration to say that if the ruling had been different, it would have severely impacted on a sector which is already underfunded and stretched to breaking point. Some providers would have gone bust and, ultimately, the people who rely on care would have suffered”.  Mencap has called for Government reform of the legislation covering sleep-in payments as part of a review of the social care workforce so that social care workers can be ‘paid better’.

What does this mean?

It is important to note that the Supreme Court judgment only relates to the scope of “work” for national minimum wage purposes. The meaning of “work” for the purposes of entitlement to rest breaks under the Working Time Regulations is subject to different legislation and caselaw, meaning that a person on a sleep in shift at their workplace who has to respond to emergencies or other duties is engaged in working time for the purpose of entitlement to rest breaks.

What should I do?

“Whilst care providers who pay National Minimum Wage rates for sleep-in shifts may be considering reducing wages for sleep-in shifts to below the national minimum wage rate in light of the Supreme Court’s ruling, care providers cannot simply cut existing care workers’ pay for sleep-in shifts without the risk of unlawful deductions of wages and breach of contract/constructive dismissal claims (as well as damage to employee relations),” says Hannah Thomas, FSB Employment Protection. “Any change in contractual terms require employer/employee consultation and must be carried out in accordance with contract and employment law considerations.” 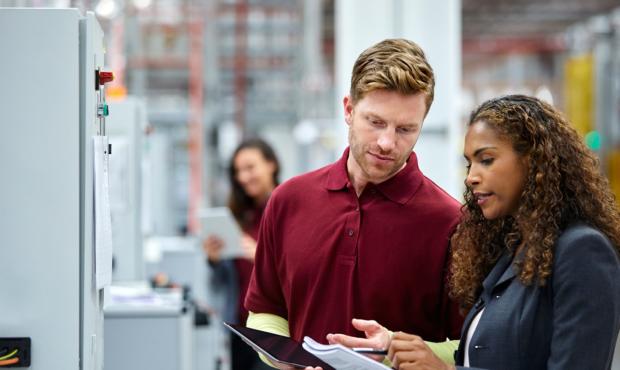 HR advice you can trust

FSB Employment Protection is your go-to for HR advice, available 24/7. Speak to employment solicitors for advice, download template documents and have peace of mind with employment tribunal insurance.

How employee ownership could give your business a boost

How to hire an apprentice