Revealed: Business communities that borrowed most during pandemic

More than £4bn of government-backed loans were provided to Scottish businesses during the coronavirus crisis, according to a new breakdown from the Federation of Small Businesses (FSB) showing the amount of debt taken on across every Scottish council area.

By comparison, the latest official statistics show that around £1.3 bn of covid grant support was delivered to businesses by the Scottish Government through councils.

The debt figures show that the proportion of overall loans in each of Scotland’s local authorities matches closely their respective share of Scotland’s population. FSB says that this shows that businesses across Scotland have been hit hard by the crisis.

Businesses in Glasgow borrowed £630m through the Coronavirus Business Interruption Loan Scheme (CBILS) and the Bounce Back Loan Scheme (BBLS), more than any other Scottish council area. Firms in Edinburgh borrowed half a billion pounds (£500m) through the initiatives. Enterprises in North and South Lanarkshire were offered £257m and £223m worth of loans.

Businesses in more rural areas of Scotland were also forced to seek out government-backed loans. Firms in Fife borrowed £208m while Highland operators took out £205m.

Around one in four Scottish businesses are likely to have taken on government-backed debt, as 99,792 loans were offered to firms and there are 356,550 businesses north of the border.

The small business campaign groups says that the figures show that it will take time for businesses to pay down this debt. FSB urged the UK and Scottish Government to set out plans for business recovery this autumn.

Andrew McRae, FSB’s Scotland policy chair, said: “Covid debt casts a long a shadow over Scotland’s small business community. If businesses are going to pay down their loans while growing the economy, they’ll need governments in Edinburgh and London to ensure the wider trading environment gives them the best chance to succeed.

“This autumn, policymakers must avoid heaping new pressures on small businesses. That means doing what they can to keep a lid on overheads while avoiding tax surprises for smaller firms and the self-employed.”

The British Business Bank say that Scotland’s share of lending broadly matches its proportion of the UK business base.

In February, the UK Government announced the Pay As You Grow initiative which grants participants extra flexibility when repaying Bounce Back Loans.

Andrew McRae said: “These figures show that firms across the length and breadth of Scotland had to use these support mechanisms to stay afloat.

“Many firms that took out government-backed loans were not regular bank borrowers. Therefore, the banks need to offer these as much flexibility and support as possible in the recovery phase. While feedback so far suggests the banks are rising to the occasion, we’d urge businesses that are under pressure to contact their lender as early as possible. We’d also suggest checking out the Pay As You Grow Scheme.” 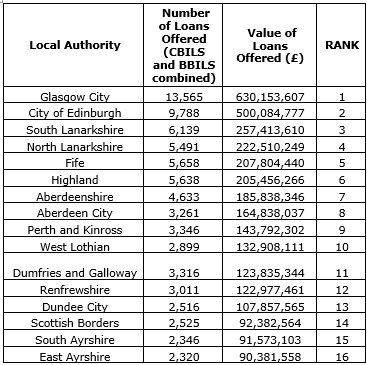 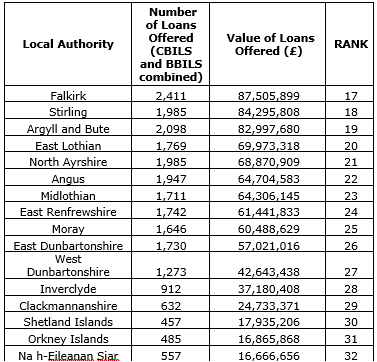 •    Official figures about the number of businesses in Scotland can be found here:

•    A comparison between the number of loans per business in each area is difficult because a large share of Scottish firms are unregistered. A breakdown of Scotland’s population by local authority can be found below: 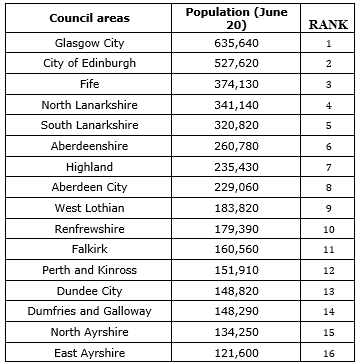 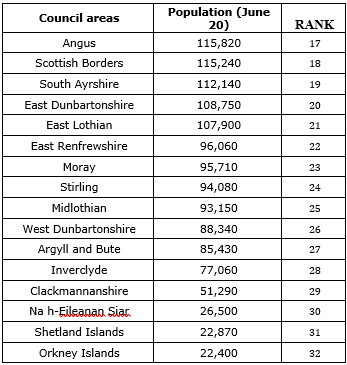 •    Read more about the statistics here

•    Read more about the Pay As You Grow scheme

•    As experts in business, FSB offers members a wide range of vital business services, including advice, financial expertise, support and a powerful voice in Government.

FSB in Scotland on vaccine passports