Furlough fraud investigations: What should my business do?

HMRC are beginning the process of checking claims made under the furlough scheme and SEISS. Find out what you need to do, how to review your claims and why tax investigation protection is so important.

The launch of the Coronavirus Job Retention Scheme and the Self-Employed Income Support Scheme saw HMRC placed under pressure to process claims and pay grants as quickly as possible.

As a result, it led to a system operated on a ‘process now, check later’ basis, similar to the self-assessment tax regime.

As the furlough scheme begins to wind down, HMRC are risk-assessing claims paid to identify appropriate cases for compliance check at a later date, and have started to write to employers they believe may have claimed too much money.

Given the huge cost of the scheme and strong public opinion to act against those abusing the system, HMRC are under enormous pressure to recover money from those who have overclaimed, and penalise those who have abused coronavirus schemes.

Furlough fraud: What are HMRC looking for?

HMRC will use their information and inspection powers to check claims, and have introduced assessing powers to recover any overpayments.

The majority of businesses have used CJRS as intended, so there’s no need to worry, but due to the nature of the scheme, it’s been open to abuse by employers - so-called ‘furlough fraud’. This includes:

Therefore, HMRC will want to check a number of the claims made by employers during the scheme. In July 2020 alone, HMRC announced they are considering 6,749 cases of potential misuse of the CJRS.

In the most serious cases, where potential fraud is involved, employers may be subject to scrutiny by HMRC’s Fraud Investigation Service, or even criminal prosecution.

A ‘whistleblowing’ hotline has been set up by HMRC to report any abuse or misuse of the scheme, and thousands of reports have already been made.

In July 2020, HMRC made their first arrest in the West Midlands connected to a CJRS claim, showing that HMRC are taking this matter seriously.

What should my business do?

Don’t panic. Employers should check claims now and notify HMRC of any amendments required to avoid being targeted for a compliance check later.

Legislation has been announced that allows you to notify HMRC of any known or accidental misuse of CJRS by a certain date and not face a fine.

If you’re unsure, FSB members can speak to a tax specialist through FSB Tax Investigation Protection, who can answer your questions.

How to notify HMRC you’ve claimed too much

It’s important that you’ve reviewed your claims carefully to check the amount you’re claiming for the furlough scheme or SEISS is accurate. HMRC has released detailed guidance on what to do if you’ve claimed too much. There is also additional guidance for SEISS overpayments.

If you’ve received too much, you must pay this back, or you may have to pay a penalty.

When is the deadline?

For CJRS, you must tell HMRC by either:

For SEISS, you must tell HMRC within 90 days of receiving the grant

How do I tell HMRC?

Use the Government Gateway to complete an online form, which will give you bank details for paying back the grant.

What is the penalty for not declaring overpaid claims?

New legislation gives HMRC the power to raise income tax or corporation tax assessments to recover CJRS and SEISS grants you weren’t entitled to, or where CJRS grants were not used to pay furloughed workers.

For partnerships, if only one partner knew that a claim was incorrect, all other partners are treated as if they also knew.

What happens during an HMRC PAYE Compliance review?

If you’re selected for investigation, HMRC will typically ask to visit your business premises to review the payroll records - this may also consider any claim to CJRS. Check out our complete guide to HMRC enquiries for small businesses for an in-depth look at what to expect.

Following an initial visit, there are three possible outcomes:

How can FSB help?

No matter how diligent you are with paperwork, dealing with HMRC tax investigations in your business can be stressful and time-consuming, which is why having access to FSB Tax Investigation Protection is essential. 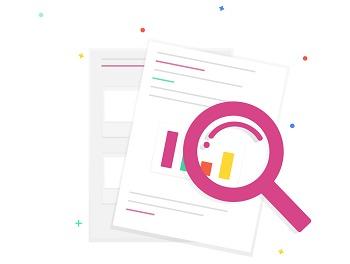 Find Out More
Return to listing

Post-lockdown anxieties: How to look after your mental health