Is your small business underinsured?

Why is underinsurance an issue for small businesses?

Small business owners can be heavily reliant on an insurance payout if they are to stay afloat following a fire, flood or other unexpected disasters. But mistakes made in determining the rebuild cost of commercial properties - which can be very different from their market value - can have a costly knock-on effect.

If a building has been undervalued and needs a total rebuild, the business owner may well expect to have to make up the shortfall in repair costs.

Underinsurance also means smaller claims can be reduced proportionally. So, if you have underestimated the rebuild cost by 50%, the insurer is only obliged to pay 50% of whatever your claim amounts to - even if it is relatively small.

"If your building is actually worth £2m and you've told the underwriter it's worth £1m, then effectively you are paying for half as much cover as you need," explains David Perry, managing director of FSB Insurance Service.

"Where there's a total loss, this is not so much of a surprise. But when it really shocks people is where they have a big, but not quite so severe, claim. With a fire that causes £200,000 of damage, that's where it really starts to get painful because you have only paid for half of the risk so you only get half of the payment."

In that example, the insurer would only be obliged to pay out half of the claim, saddling the business owner with a devastating £100,000 repair bill.

What could be underinsured?

Research by the Royal Institute of Chartered Surveyors and the Building Cost Information Service suggests as much as 80% of businesses in England and Wales have an element of underinsurance on their commercial properties.

Contents policies too can be undervalued. At certain times of the year, firms may find they are storing more goods than they are insured for. Equipment may be upgraded, but the insurance company is not informed, so the policy reflects the cost of the older version.

The British Insurance Brokers' Association points out in its guide for small businesses that the value of contents insured should be the cost of replacing them "as new", that if customer goods are stored on-site, these should be covered too.

Business Interruption policies are another area where SMEs' loss of income projections can fall short. According to figures quoted by BIBA, 40% of firms do not have enough cover to get them back on their feet, should disaster strike.

"People often take a lot of time to work out what they think the loss of income will be or reduction in turnover," says David Perry. "The thing that often goes wrong with a loss of profit or business interruption claim is the indemnity period - that is how long it will take you to get back in action."

If recovery is delayed by planning permission, getting a crucial piece of machinery, or winning back lost custom, for example, small firms can find they do not have sufficient cover. Often a 12-month indemnity period will not be sufficient. BIBA advises that two years is likely to be the minimum period needed for a small business to fully recover.

The Financial Conduct Authority has also flagged up the "lack of clarity" in business interruption policies about some of the terminology used. In particular the definition of "gross profit" is likely to be different to that used by accountants, which can cause confusion. Again, if it turns out the correct sum was not insured in the first place - it could result in only a proportion of the claim being paid out.

There is potential for underinsurance in other types of policies too - in particular, changes to the Ogden Discount Rate used to calculate compensation in personal injury cases may mean small businesses who need it no longer have adequate cover.

How to protect your business against underinsurance

FSB Insurance Service says that underinsurance appears to be a growing issue as more and more small businesses buy their insurance online - and that it can come as a shock. "Smaller firms often are working on quite a tight cash flow, and if you get a £50,000 claim, even if you are only 20% underinsured, then that's going to cost you £10,000. If you are working on a fairly tight cash flow, it's a lot of money to find."

To help FSB members check their buildings insurance is in the right ballpark, FSB Insurance Service has set up an online commercial valuation indicator, which will give a "traffic light" indication about how accurate the rebuild cost is. If it indicates that a new valuation is needed, FSB Insurance Service offers discounted services for getting a CPA valuations surveyor to visit and give an accurate valuation.

"It costs you far, far less just to increase your sum insured a little bit than it will cost you when you make a claim, only to find it gets reduced because you were not covered for the full rebuild cost," says David Perry. "If you take the time and spend a little bit of money upfront then you potentially avoid a big financial impact when a claim happens." 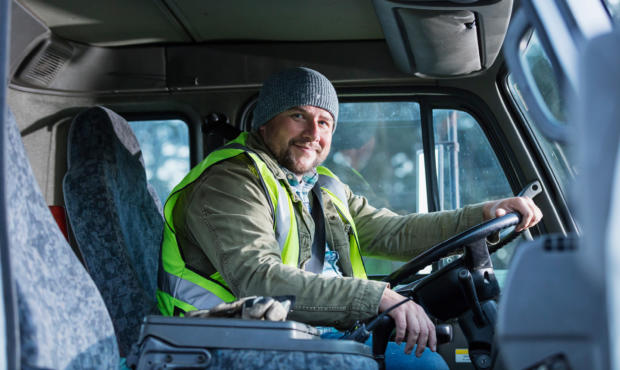 How to create a business continuity plan

Five ways to protect your small business against flooding