This campaign was launched on International Women’s Day, to help support and showcase women in business and boost the visibility of women entrepreneurs. If you’re a woman in business – whatever your business, FSB is here to support you.

Introduction Why? Get involved

With 2018 being the 100 year anniversary of when the first women got the right to vote, following the suffragettes’ campaigning, we felt it was fitting to feature 100 women FSB members and share their wealth of advice and inspiration with women all over the world.

The campaign, which was complemented by a flagship FSB International Women’s Day event in Kent, was highlighted as one of the top 10 IWD campaigns by PR Week, alongside big-budget campaigns by household brands such as BA, McDonald’s and the Royal Navy.

Why are we doing this?

The UK currently has 5.8 million small businesses and self-employed, but it is estimated that could be boosted by a further 1.2 million new enterprises led by women. This untapped business potential of women can be tackled, in part, by increasing the visibility of role models for women entrepreneurs, according to an FSB report. 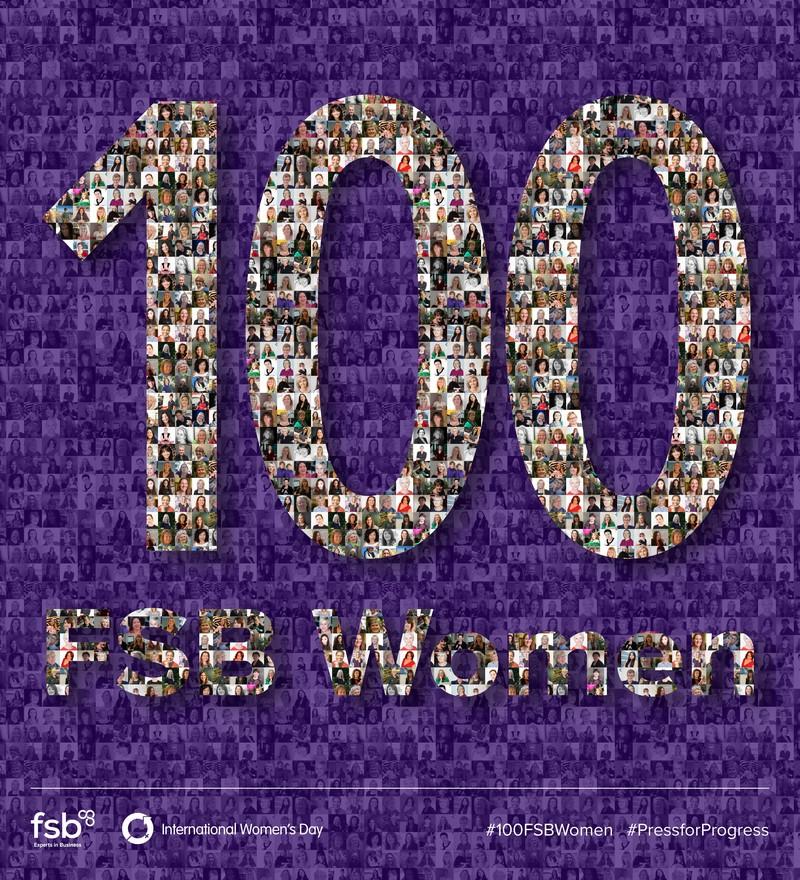 Get involved and join the conversation

The inspirational stories of women who are going against the grain and breaking stereotypes in STEM and small business.